The wait is over! Blind Guardian is back! The world’s most popular fantasy metal band gives us Twilight of the Gods, the first creation of the band in the last four years. The single from their long-awaited new album will be unleashed upon the world on 5th of December via Nuclear Blast. 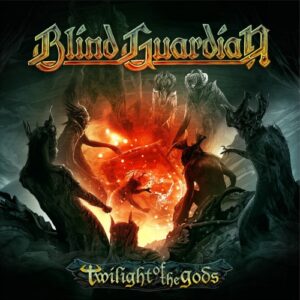 Blind Guardian vocalist Hansi Kürsch assures: “This song is a statement about Blind Guardian. The pure definition of all that the band stands for: it is innovative, melodic and brutal.” And thus a perfect choice to get fans into the proper mood for the upcoming album.

Twilight of the Gods is about the deities’ waning power and “it will captivate you with the most epic and catchy chorus we’ve ever written,” says Kürsch.

The single will be available in three formats:

Side A: Twilight of the Gods
Side B: Time Stands Still (At the Iron Hill) – Live in Wacken 2011
Digital:

Twilight of the Gods
Pre-order your copy here.

Also be sure to check out Blind Guardian on tour in 2015 in a city near you! The constantly-updated list of shows can be found here.