Computer Mind is a exciting new musical project created by writer/bassist Mike van den Heuvel that brings you a Progressive Rock/Metal opera with a message about autism. On the project’s first album, named “The Aspie Project” you will get to listen to Marcela Bovio (Stream of Passion), Damian Wilson (Threshold/Star One), Marjan Welman (Autumn) and Wilmer Waarbroek plus special guest star Arjen Anthony Lucassen (Ayreon).

The first video released by Computer Mind is for the song “Divorce” , one of the most emotional songs of the album, which features the singers Marcela Bovio and Damian Wilson. You can check it out below.

“The Aspie Project” hopes to change the listener’s perspective on autism by taking the listener on a heart wrenching journey through the often chaotic inner world of a person with Asperger and their friends and family who struggle to understand them.  From the devastating diagnosis (Childhood) to the failed marriage of helpless parents (Divorce); from the difficulty of making friends to the complications of maintaining a love life (Relationship), the tale ends with an encouraging insight: being an ‘aspie’ doesn’t have to be bad (Gift Disguised as a Dilemma). 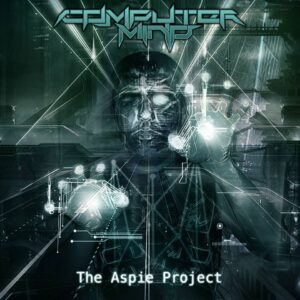 The release of the album is being crowdfunded on Indiegogo and if you decide to support it you may get some very nice perks in return.

If you like DarkMind Radio, help us keep it alive!

We use cookies to ensure that we give you the best experience on our website. If you continue to use this site we will assume that you are happy with it.Ok