Great news from Ensiferum, the Finnish band has released the official video for the song that gives the name to their sixth studio album, One Man Army. Watch the video below, listen to the brand new track and find out what Ensiferum has in store for their fans:

Bassist/vocalist Sammi Hinkka comments: [gdlr_quote align=”center” ]The recording process was long, hard, rewarding and full of incredible moments. Instruments were actually played and left as they were instead of creating tracks from hundreds of different takes, moving them to the grid and modifying things. Of course computers were used, but overall we made everything as analog as possible.[/gdlr_quote]

The album “One Man Army” will be released via Metal Blade Records on February 24th, 2015. 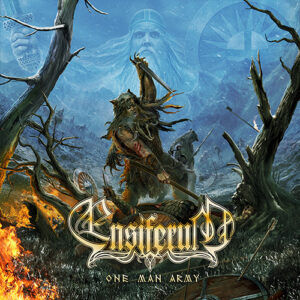 Pre-Order the CD from Amazon: