One Blockchain to Rule Them All – DRH069 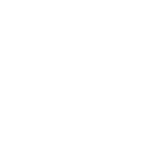 There’s an immense amount of buzz around blockchain and it’s most known offspring cryptocurrencies.

Where did it all come from, what the hell is a Merkle Tree, and where is all this crypto-craziness heading anyway?

To get to the genesis of blockchain we need to take a trip back to 1991, Americans Stuart Haber and W. Scott Stornetta described a cryptographically secured chain of blocks in ‘How to time-stamp a digital document’ (1991 – Journal of Cryptology).

Over a decade after, in 2008, Satoshi Nakamoto published a fully conceptualised blockchain and the following year Bitcoin was born, with blockchain technology at its core acting as the transaction ledger.

The true identity of Nakamoto remains a mystery and indeed it may not be an individual but a small group.

Whoever it is still owns the first block in bitcoin’s blockchain with a current coin value of around $19 billion dollars!.

All about the origins and current situations in this new episode.

Let us know your opinion about this very interesting subject in any of our current forms of communication, either a voicemail, email, comments below, on Facebook, Twitter etc. You know them all!