The american metal band, While Heaven Wept has released the second official lyric video from their upcoming album Suspended At Aphelion. The track they have chosen is “Souls In Permafrost” and you can watch the video below:

Tom Philips, the guitarist and vocalist of the band, comments:

[gdlr_quote align=”center” ] Part 7 of Suspended At Aphelion is one of my favorite parts and epitomizes the madness of the album – this is what I’ve meant about music moving in every direction and intense counterpoint – with the angular guitar lines, Jim’s serpentine bassline, the gothic choir chants all juxtaposed beneath Rain’s lead vocal, this ‘rough edit’ of ‘Permafrost’ is about as complex as it gets without being overtly technical/self-aggrandizing…plus it provides a ‘sneak peak’ into what is to come with Part 8 as well![/gdlr_quote] 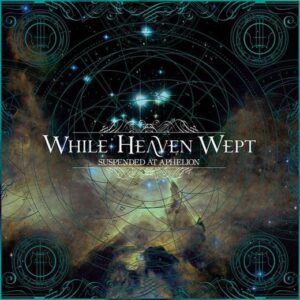 Suspended At Aphelion features a single track divided into 11 parts. It will be released by Nuclear Blast on October 24th (Europe) and October 27th (USA).