The french symphonic metal band Whyzdom has just released a new video for the song “Tears Of A Hopeless God”, taken from their latest album “Symphony For A Hopeless God”, released in February, this year. Check it out below and don’t hesitate to share with us your thoughts on it!

Whyzdom describes the video: [gdlr_quote align=”center” ]The video shows the contrast between war ruins scenes and an idyllic Olympian temple, surrounded by giant stone gods. The symbolic idea behind is how men wage war on themselves, then on the god they created on their own, until destruction of humanity as well as deities. It perfectly depicts the main idea of the album “Symphony For A Hopeless God”. Graphical elements of the album artwork and booklet can be found throughout the video.[/gdlr_quote] 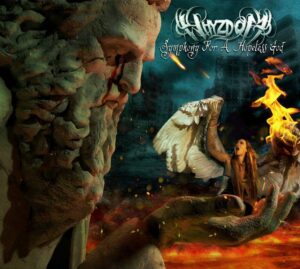 If you enjoy the music of Whyzdom and would like to support the band, you can get their album “Symphony For A Hopeless God” on Bandcamp.