The symphonic metal band Xandria has released 2 days ago a new EP, called “Fire & Ashes”, via Napalm Records, the second album featuring the charismatic Dutch vocalist Dianne van Giersbergen. This new record includes 3 brand new compositions, 2 re-makes of all time Xandria favorites “Ravenheart” (Ravenheart, 2004) and “Now & Forever” (India, 2005), plus 2 exclusive cover songs: “Don`t Say A Word” (Sonata Arctica) and “I would do anything for love (but I won’t do that)“ (Meat Loaf).

The band has produced and shared a new lyric video for the song “Voyage Of The Fallen”, the opening track of the EP. Watch it below and let us know what you think of it:

The splendid cover artwork of the EP “Fire & Ashes” was created by the artist Felipe Machado and you can see it here. 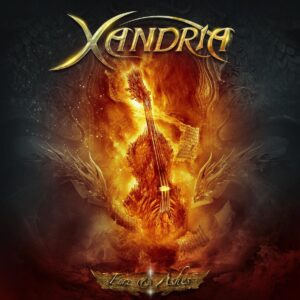 If you didn’t get the chance to listen to samples of the songs featured on this EP then you can do it now on Soundcloud.